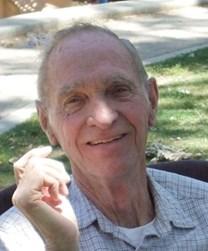 Donald Keith Mullis, 78, of Atascadero, passed away at his home surrounded by family on October 25, following a long battle with myelodysplastic syndrome.

Donald was born in Bloomington, Indiana, on September 20, 1936, to Chester and Louise Mullis. He was the fifth of nine children, 5 brothers and 3 sisters. When he was 5, Don and his family moved to Ontario, California.

He attended Basic Training at Fort Ord, California, was shipped to Okinawa for 13 months, and then onto Korea to the 24th Inf. Div, 34th Inf. Reg., Love Company. Don was still in Korea when the cease-fire was signed.

Don completed his tour with the US Army at Camp Roberts in San Luis Obispo County. While stationed there, he met the love of his life, Joan Thiel, at Wilsons Bowling Alley in Paso Robles. They were married at the First Mennonite Church in 1958.

After he fulfilled his military service with the US Army, he joined the California National Guard and worked at MATES East Garrison, completing 28 years of military service.

After retiring, Don avidly cared for his property in Atascadero, enjoyed traveling, including trips to Arkansas to visit his son, and valued spending time with his local family, friends, and fellow congregants.