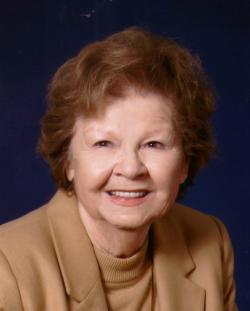 A native of Dillon, SC, she was the wife of the late Billy Wayne Mullis and daughter of Lynn Lee Lloyd and Annie Mae Bethea Lloyd, both deceased. She was retired from Dura-Tred. She was a member of Grove Park Baptist Church where she was a member of The Widows Club. She was also a member of the Women of the Moose and the Telephone Pioneers of America.

She was preceded in death by her baby daughter, Billie Sharon Mullis and her daughter-in-law, Vickie C. Hagood.

The funeral service will be conducted at Grove Park Baptist Church on Monday, January 5, 2009 at 11:00 a.m. by Dr. Gene Hunsinger. Burial will follow in Alamance Memorial Park. The body will be placed in the church 30 minutes prior to the service.

The family will receive friends at the Rich & Thompson Funeral and Cremation Service in Burlington on Sunday from 5 until 7 p.m. Other times they will be at the residence.