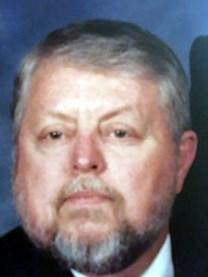 He was born December 11, 1942, in Iredell County and was the son of the late Charles and Reba Weatherman Mullis. He was a veteran of the U.S. Army and a retired Captain with the Statesville Fire Department.

In addition to his parents, he was preceded in death by his wife, Marilyn Mullis, on February 21, 2005.

He is survived by two sons, Andrew Mullis and his wife, Jenny, of Stony Point and Preston Mullis of Statesville; three grandchildren, Cloey, Lexi, and Zahra; a special aunt, Wilma Lippard; and a special cousin, Jeff Matheson.

The family will receive friends from 2:00 to 3:00 PM Wednesday at the funeral home prior to the service.
Condolences may be sent to the family online at www.bunchjohnsonfuneralhome.com.

For those who prefer, memorial contributions may be made to any local Iredell County Fire Department.
Bunch-Johnson Funeral Home is entrusted with the arrangements.