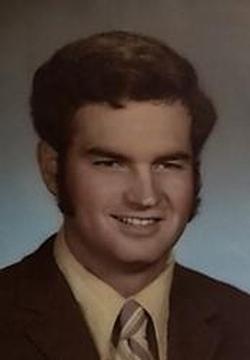 CORINNA – Brent Alan Mullis passed away on July 18, 2017, surrounded by family on the land he loved.

For over 65 years, he served as a towering figure of honesty, selflessness, and dedication to his family, leaving a remarkable legacy.

Brent was born in Dexter on November 2, 1950 to Elwood and Jacqueline (Lane) Mullis. He grew up in Corinna with his three brothers, Myron, Dalton, and George on the land that he would eventually acquire and farm for decades. In his youth, Brent was an outstanding student and athlete. He starred for the Corinna Union Academy and Nokomis High School basketball teams, armed with a shooting touch he never lost. He was an Eagle Scout and a standout student. He graduated from the University of Maine in 1973—the first member of his family to attend college.

While in college, he married the love of his life, Patricia Smith. The two had been childhood friends, dated in high school, and were nearly inseparable for the next 46 years. With little more than his own hands, he and Patty built their home, a thriving apple orchard, and their lives together. Along with Patty, Brent dedicated his life to his three sons, Brendan, Tristan, and Jody, who all loved him immensely. Whether on a backwoods Boy Scout trip, a day-long drive for a basketball game, or financial sacrifices to pay tuition bills, Brent gave every fiber of his being to his boys—and loved every moment. In doing so, he became the most remarkable and good-hearted man they ever knew. In recent years the family grew by two grandchildren, Sam and Jasper, and two daughters in law, Brooke and Sri, who adored him as well.

Many knew Brent from his work as the founder of Mullis Orchards, which he happily operated with Patty and his sons for years. He loved working on the land he owned, which eventually grew far beyond the small home where he lived as a child. Every apple tree marking the Mullis land was planted by his own hands. Few things brought him as much joy as picking his crop on a sunny autumn morning with his family and dogs nearby.

Before operating the orchard full time with Patty and Brendan, Brent had a long and successful career in public service. For over 30 years, Brent served the United States Department of Agriculture. Throughout these three decades Brent worked to help support Maine’s family farms, recognizing their importance to the region and the goodness of the people who worked the land. As a volunteer in his hometown, Brent spent countless hours as a Selectman of Corinna, a member of the Parian Lodge Masons, a Boy Scout volunteer, a youth basketball and baseball coach, and an advocate for local schools. He believed in the community’s potential and made it his life’s work to bring that vision to fruition.

In his passing, Brent shines as a testament to the power and importance of a life well-lived. He leaves behind a remarkable wife, three sons, two grandchildren, and beloved brothers, nieces, nephews and cousins.

A memorial service will be held at 1 P.M. Saturday, July 22nd, at the Corinna Town Hall. Arrangements are by Crosby & Neal, Corinna. In lieu of flowers, memorial donations may be made to the Bangor Humane Society, 693B Mt. Hope Avenue, Bangor, ME 04401.