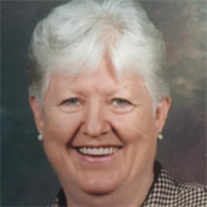 Her smile and laughter will be missed. She was a devoted wife, mother and grandmother who loved the Lord.

Online condolences may be expressed at www.heritagefuneral.net. Heritage Funeral Home, Indian Trail Chapel is assisting the family with the arrangements.