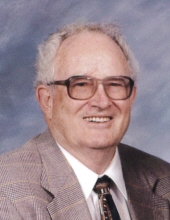 Boyce Lamar Mullis passed away peacefully at home on May 22, 2015 surrounded by his loving family. Boyce was born on May 30, 1929, and graduated from Indian Land High School. He served as a corporal in the US Army and a veteran of the Korean War; member of First Baptist Church of Fort Mill, and was also member of the Catawba Masonic Lodge#56 in Fort Mill. Boyce worked for over 50 years in the electronics and communications industry. His life was devoted to his wife, his children, grandchildren, and his extended family and church family. Boyce was a lifelong resident of Fort Mill. In his free time he enjoyed small engine repair, family gatherings, and sitting on his porch watching nature and airplanes. Boyce’s sense of humor and patient temperament endeared him to all who knew him, especially his family.

Funeral Service for Mr. Mullis will be held 11 O’Clock Monday May 25th 2015 at First Baptist Church of Fort Mill with Rev. Shannon Ford and Rev. Ralph Riley officiating. Burial will in the Philadelphia United Methodist Church will Military Honors and Masonic Rites by the Catawba Lodge#56.

The family of Mr. Mullis will receive friends from 10-11 prior to the service at the Church.