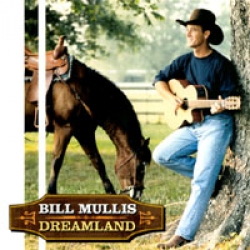 Rev. Mullis played guitar and sang most all his life in clubs and
bars in the southeast, until Jesus Christ entered in and changed his
tune. Now with burning desire he travels and ministers in song to all
the hearts open and needing to experience what love the Lord allows him
to share.

Why this name?
I only play with a group when the financies are availible. Most all the time however, it’s a one man performance.

Do you play live?
The Performance:
Is
done in a relaxed, informal manner and results in personal,
straight-to-the-heart ministry. It includes songs new and old which
serve to minister in the area of personal relationships. Whether single
or married, the message carried by the music encourages the listeners
to deepen their relationship with our Lord Jesus Christ and each other.
Many have testified that the anointing of the Holy Spirit through the
music and ministry of Rev. Mullis has brought healing and restoration
of their personal and family relationships, renewed their love of
Christ, brought couples closer to God and strengthened marriages.

Band History:
Bill Mullis grew up playing guitar, and singing. At 7 years old, he
started doing both. At 14 he had his first paying gig, at a cub scout
meeting, and from there it was non-stop. Teaming up with his brother
Parker, they played about every school dance, and party during their
high school days. After that, they went to work playing bars and clubs
aroung the south east. Until their musical sytle started going in
different directions. In between marriage, military, school, and bible
school Bill finally answered the call the preach he had gotten at age
16. Now He and his two brothers all play, write, and sing for the Lord.

Believing that “with God, all things are possible,” Christian country musician Bill Mullis
brings
a message of hope an inspiration, packaged in a wonderful mix of old
style country and new country influences. An outreach of William H.
Mullis Ministries, Inc. and Golden Isles Christian Fellowship Church
(Jesup, Georgia), Mullis utilizes his gift for writing and singing
music to the glory of his religion. Citing his passion for music as a
“burning desire,” the Reverend Mullis played guitar and sang most all
of his life in clubs and bars in the Southeast, until “Jesus Christ
came in and changed his tune.”
According to Mullis, he took that
same burning desire and travels, and began ministering via song to
those who would listen. His performances are done in a relaxed,
informal matter, and focus on the topic of personal relationships—both
with each other and with God. According to Mullis, his music “has
brought healing and restoration of [listener’s] personal and family
relationships, renewed their love of Christ, brought couples closer to
God, and strengthened their marriages.” If you have been lacking
comfort or direction, or
just looking for some spirituality with a Country flare, perhaps Bill Mullis’ message will
resonate strongly in your life.

Favorite spot?
In my wife’s arms.

Anything else…?
A vision planted in Rev. Bill Mullis since he was called into the
ministry at 16 years old. After graduation from RHEMA Bible training
center in Tulsa Ok., in 1985, he started and pastors Golden Isles
Christian Fellowship of Jesup Ga., but has always ministered through
music and singing.