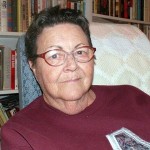 She was of the Baptist faith.

Mrs. Bridges was born on September 9, 1933 in Jacksonville, Florida and was raised in the Jacksonville area prior to moving to Tennessee. She enjoyed the beach and in her youth was an avid tennis player, but foremost was her family. Leading a simple life, she was a loving wife, mother and grandmother and became a television tennis enthusiast in her later years.

She is preceded in death by her husband, William E. Bridges; brothers, Bill Mullis and Jim Mullis.

A private graveside service will be held on Tuesday in Woodlawn Cemetery.

Online condolences may be extended at www.rosemortuary.com.