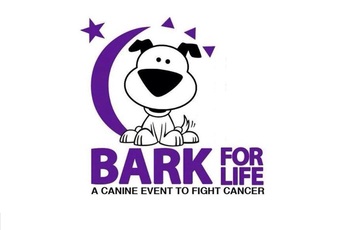 Aug. 23–CONCORD — Last year, Lisa Alford’s dog, Lucy, was diagnosed with two cancers and given three months to a year to live. Fifteen months later, Lucy’s tumors have been removed, she has completed chemotherapy and been in remission since February.

“She’s blown that diagnosis out of the water,” Alford said.

Because Alford has known people with cancer and now has a survivor in her Great Dane, she attended the first Bark for Life of Cabarrus County, hosted by the American Cancer Society, at Frank Liske Park on Saturday.

“I think it’s a great event because it’s touching on two big concerns of people, their pets and finding a cure for cancer because of friends and loved ones,” said Alford, of Asheville. “It’s two causes coming together.”

About 35 dogs participated in Bark For Life, a noncompetitive walk to raise awareness for human and animal cancers.

There were several Great Danes like Lucy at the event, because as several owners said, that breed is prone to a few types of cancer. As an owner of a Great Dane, Cinnamon Ellison, of Huntersville, participated in Bark For Life with her dog, Oden, and other members of Great Dane Friends of Ruff Love.

“(We wanted to) support the community and the American Cancer Society,” Ellison said. “It was a really fun, laid-back day with dog lovers that want to help (fight) cancer.”

Jane Sellers and Larry Mullis, both of Concord, brought Mama Dog, a 1-year-old Beagle mix, to the event, because they participate in Relay for Life and wanted to help the American Cancer Society. It was also an opportunity to bring Mama Dog out for the first time.

Some who attended with dogs were cancer survivors themselves, like Mullis, while others came just to support the cause.

“I didn’t realize cancer was so prevalent,” Katie Wakefield, of Charlotte, said. “It’s encouraging to see everybody come out and support this.”

Besides the walk, there were also raffles to win a package from Camp Bow Wow in Concord and a collar and leash set from Collar Me Happy.

The event raised more than $700 from registration fees, raffle tickets and donations. The American Cancer Society had no original goal since it was the first Bark For Life in Cabarrus County.

Kelsey Dove, community manager for the American Cancer Society, said because of Saturday’s successful turnout, there will most likely be a similar event in October, called Barktoberfest.

“Everybody grabbed onto the idea of doing something with their dogs in the fight against cancer,” Dove said. “We had cancer survivors that were dogs, which shows that cancer doesn’t just affect humans.”

To see more of the Independent Tribune or to subscribe to the newspaper, go to http://www.independenttribune.com.