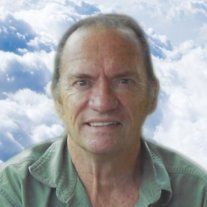 Tom was born September 11, 1940, in Kansas City, Missouri, the son of Otis J. and Grace L. (Houser) Mullis. He graduated from Huntington High School in 1958. Following graduation, Tom enlisted in the United States Air Force in January of 1959 and served until December 1963. He married Susan A. Hoover on September 11, 1994 in Huntington.

Tom was employed as a self-employed contractor and owner of the former Lime City Construction Company, Tom’s Woodworks and Hometown Realty. He loved to fish, sail, snow ski and roller skating with his dogs Snuggles and George.

Survivors include his wife of 18 years – Susan A. Mullis of Huntington; three daughters – Gail Sellers of Kissimmee, Florida, Barbra (Charles) Stubbs of Midland, Texas and Bonnie (Jason) Riggers of Huntington; and four grandchildren – McKenzie Stubbs, Morgan Stubbs, Gabrielle Riggers and Malachi Riggers. Tom is preceded in death by his parents and a daughter – Suzanne Marie Hotchkiss.