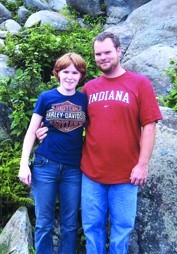 Attending the ceremony were Kerri and Charlie Frye, sister and brother-in-law of the bride.

Erin is the daughter of Randy and Becky Smith of Bloomfield. She is a 2006 graduate of Indiana State University and is employed with Raydar and Associates at NSWC Crane.

Dustin is the son of Larry Mullis of Elnora and Vonda Wise of Newberry. He is a 2005 graduate of Vincennes University and served with the Army National Guard from October 1998 to October 2004. He is employed at SAIC.

The couple resides in Bloomfield. 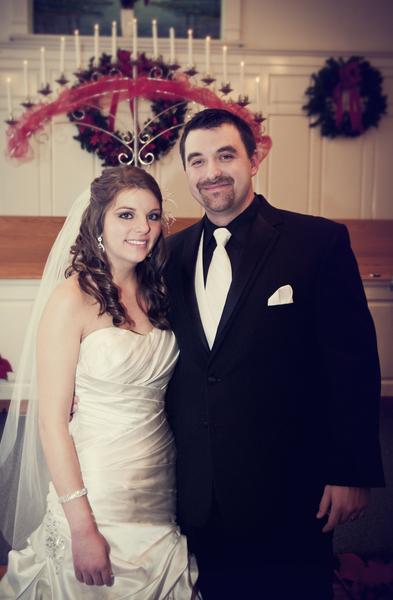