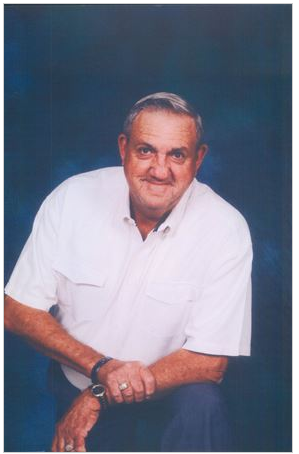 Mr. Guytian Henry Mullis, 79, passed away on Sunday, May 13, 2018. Funeral services will be conducted at 3 PM on Friday, May 18, 2018 in the Chapel of Williams Funeral Home of Milledgeville with Rev. Tim Oliver and Rev. Pete Aycock officiating. Interment will follow in Baldwin Memorial Gardens.

The family will receive friends at the funeral home on Friday from 2 PM until the service hour.

Mr. Mullis was a native of Laurens County and had lived in the Baldwin County area for most of his life. He was the son of the late Sylvester Guytian “Doc” Mullis and Clarine Watson Mullis. He sold cars at Wilkinson Used Cards for over 40 years and was a member of Harmony Baptist Church.

Flowers accepted and for those who wish, memorial contributions may be made to St. Judes Children’s Hospital. 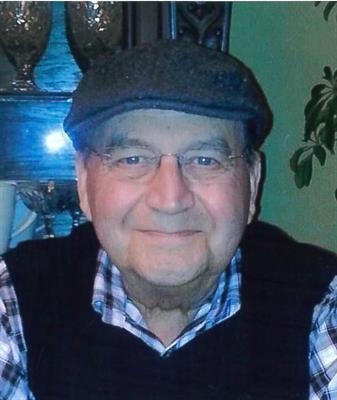 Brodis George Mullis, 75, of Concord passed away on Thursday, May 24, 2018 at home. He was the son of the late Lyndsey Brodis Mullis and Mary Melinda Griffin Mullis. In addition to his wife, Sharon Elliott Mullis (Sherry), George is survived by his daughters, Shannon Mullis Reichard and her husband, Eric, and Ashley Mullis Eaves and her husband, Stan, all of Concord; grandchildren, Winston and Dallas Ladd, Margaret (Maggie) and Georgia Reichard and Austin and Grant Eaves; and brother, Joseph Mullis of Atlanta, GA and sister, Martha Sloan of Mooresville, NC.

A service to celebrate the life of George Mullis will be held at 3:30 PM on Thursday, May 31, 2018 at The Refuge in Kannapolis, NC. The family will receive friends before the service between 2:00 PM and 3:30 PM at The Refuge. 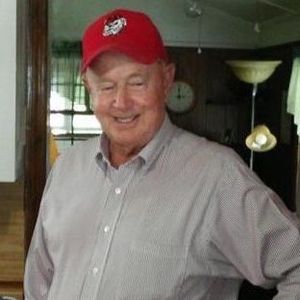 Cochran, Georgia- A private graveside service for Charles L. Floyd, 82, of Cochran, who died Saturday, April 28, 2018, will be held Wednesday, May 2, 2018 at 11:00 a.m. in Pulaski-Bleckley Memorial Gardens with Keith Floyd officiating.

Born in Bleckley County, Charles was the son of the late James B. and Audie Mae Martin Floyd. He was the widower of his wife of 59 years Helen Mullis Floyd. He was a veteran of the U.S. Navy where he served in the Korean War. Charles was retired from Dry Branch Kaolin Company and a carpenter. He was an active member of Cochran church of Christ. A brother, Robert “Nook” Floyd, also preceded Mr. Floyd in death.

Fisher Funeral Home is in charge of arrangements.
www.fishersfuneralhome.com

Gladys was born on February 3, 1930 in Dodge County, Georgia. She attended public schools in Dodge and Bleckley County. Gladys moved to Warner Robins, began her career at Robins Air Force Base in 1952 as a telephone operator, and retired in 1976.

She was a devoted and loving wife to her husband, and she loved and cared for her children, grandchildren and great grandchildren with a love and kindness that truly was a gift from God. Gladys’ passion had always been singing. She started singing around 1945 in Dublin, Georgia. A radio station featured her and her girlfriend every week. She has performed with some of the most well known musicians and bands in Georgia. Among them were Uncle Ned & the Hayloft Jamboree, Joe & Frank Malloy, Deelee & Fonzee Gray & the Rhythm Ramblers, Jimmy Harris, Al Byrd & the Dreamers, Al Everidge, Ral Melton, Tommy Harrelson, Glen Watkins, Billy Puckett and every other band around Georgia that was considered to be the Top of the line country.

Gladys was considered Georgia’s first lady of country music and in 2009, she was inducted into the Atlanta Country Music Hall of Fame. She had a joy and appreciation of life and she truly enjoyed living, even when her health was failing. She was an 18-year breast cancer survivor and had a very personal and lifelong relationship with her Lord and Savior, Jesus Christ.

Our mother closed her eyes for the last time on Tuesday, May 22, 2018 at the age of 99. Oneal Helms Andrews is now with her Lord and her high school sweetheart and husband of 72 years, Paul G. “Pete” Andrews, who passed away March 4, 2010. She was the eighth child of eleven children born on February 10, 1919 in Monroe, NC to the late John L. Lewis and Elvie Mullis Helms. She was a member of Cherry Log Christian church in Cherry Log, GA.

She is survived by daughter, Harriet Berman of Newnan, GA and son, Larry G. and wife Connie Andrews, of Phoenix, AZ. She was also the proud grandmother of Greg and wife Donna Dailey, of Whitesburg, GA, Michelle Henderson and fiancee Ed Padgett of McDonough, GA and David L. Andrews of Roswell, GA. Four great grandchildren, Cody Cooper and fiancee Kate Clauss of Vinings, GA, Haley Henderson of McDonough, GA, Nicky and husband Thad Stacey of Whitesburg, GA and Christy and husband Shane Martin of Waleska, GA. She is also survived by three great-great grandchildren, Kolton and Finleigh Martin of Waleska, GA and Ava Stacey of Whitesburg, GA and life-long friends Angi Kringle and Jimmy McDowell of Powder Springs, GA. She is preceded in death by five brothers and four sisters and survived by sister Betty Jo Pollock of Siler City, NC and host of nieces and nephews that she loved.

Condolences may be expressed to the family online at www.mckoon.com.

Andrews, Helms, Oneal
Published in The Atlanta Journal-Constitution from May 27 to May 28, 2018 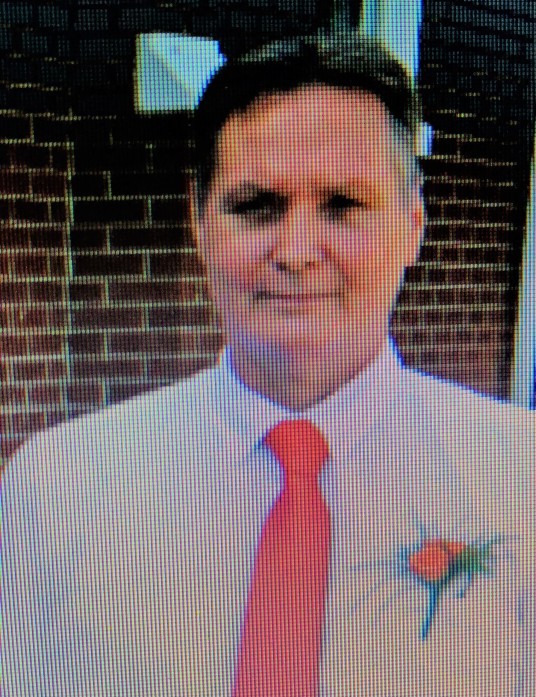 He was born in Mecklenburg County, son of Raquel Mullis Alwran and the late Wayne D. Alwran.

In addition to his parents, he was preceded in death by two brothers Carlton and Dwight Alwran. Those left to cherish his memory include his children Clint Alwran (Melissa), Beth Deese (Boyd), and Matthew Hester; two brothers Blain and Arnold Alwran, and a sister Pearl Alwran; as well as three grandchildren Jonathon, Nathan, and Madison Alwran.

A visitation for family and friends will be held from 6 to 8:00 pm Thursday, October 25 at Woodlawn Funeral Home, Mount Holly.

Online condolences may be left at www.woodlawnfuneral.org. 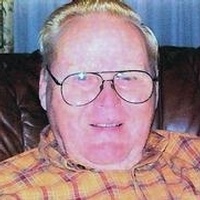 Born November 12, 1934 in Tift County, he was the son of the late Albert Theo Rowland and Inez Mullis Rowland. Mr. Rowland was a United States Army Veteran and the owner/operator of Rowland and Mercer Garage. He was a member and deacon of Mt. Zion Baptist Church. His family remembers how he enjoyed showing horses with the Georgia Federation Saddle Club and won multiple state championships awards.

She is survived by a sister, Eva McNicol of Dallas, TX; grandson Sammy Duke; son-in-law Samuel Duke; and several nieces and nephews.

Vigil Service will be Friday at 7 p.m. at Hillcrest Chapel. Cremation Services will be held.

She was employed by the Manor Theaters in Lancaster.

In addition to her parents, she is survived by one sister, Nicki Jo Cox, Lancaster, maternal grandmother Louise B. West, Waynesboro, PA, paternal grandmother, Rebecca Mitchison, Thayer, Kansas, and a number of aunts, uncles and cousins.

She was preceded in death by her maternal grandfather, Mr. Thomas E. West who died in 1997.

Family will receive friends from 7 to 9 P.M. Monday in the Grove-Bowersox Funeral Home, 50 S. Broad Street, Waynesboro. There will be no public viewing.

Memorial Contributions may be made to the Christopher House Building Fund, a Catholic Campus Ministry Center, 15207 Kutztown Road, Kutztown, PA 19530.

Independence, KS – Jason Ray Graham, died Monday, October 18, 2004 at the home of his parents, Dennis and Rita (Cox) Graham of rural Thayer, KS.
He was born in El Paso, TX, on October 19, 1969.
In 1982, he won the Missouri State Championship in boxing and received silver mittens. He was a graduate of Junction City High School and received his associate s degree in accounting. He served from August 1987 to October 1990 in the armed services at Ft. Stewart, GA.
He is survived by two sons, Joshua Graham, 15 of Savannah and Brett Graham, 11 of Thayer; his parents, Dennis and Rita Graham of Thayer; three brothers, Jim Graham and wife, Vonda of Rowlett, TX, Jeff Graham of Thayer, KS and Joey Graham and wife, Stacey of Parsons, KS and his grandmother, Rebecca Mitchison of Salt Lake City, UT.
Interment was at Fairview Cemetery, Cherryvale, KS. The family requests that flowers not be sent but donations be given to the Jason Graham Memorial Fund for his children s college education.
Donations may be sent to the Peoples State Bank, Attn: Mandy Lanz, 200 West Main Street, Cherryvale, KS 67335.